By breaking boundaries between internal and external spaces, the body experiences simplicity. The original soundtrack was developed as a tactile experience,equalized to vibrate to our largest organ: the skin. This work was selected to be part of the 2nd DVD (2001/2007) Circuit Videodanza Mercosur,with international distribution. 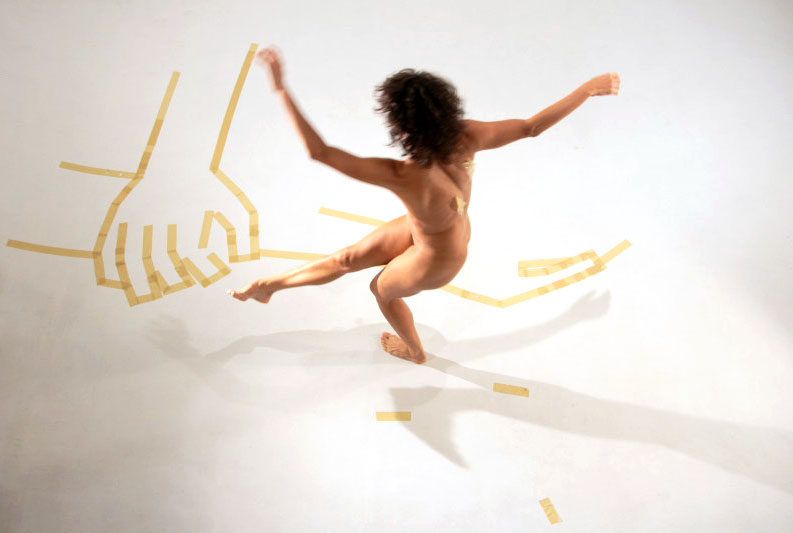 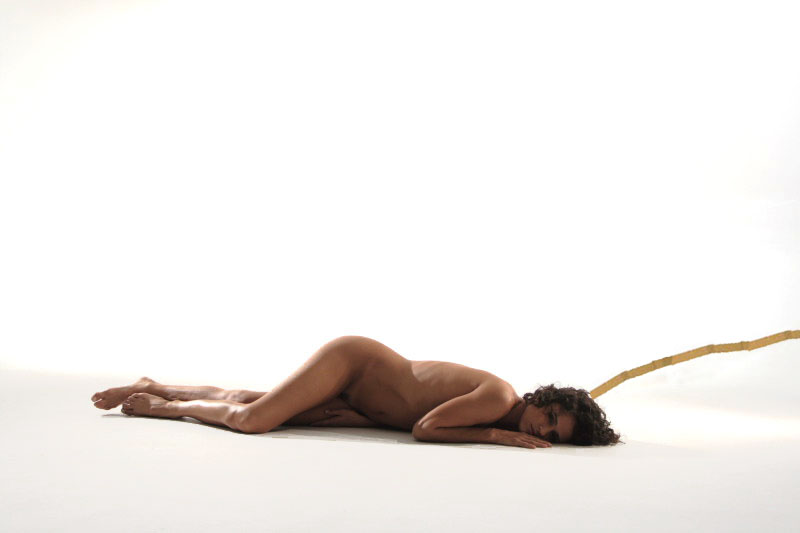 The video dance Movement # 2 was also presented in a loop during the performance Motion # 2.2..

Within the four hours of the performance, the three artists elaborate movements according to geometric patterns and sounds made with adhesive tape. Images generated at different times of the scenic process appear on a small TV. The activity of these interdependent imaging systems results in the group’s choreography. The sound atmosphere was reached through overlapping and live equalization of the audio of the TV with two independent sound systems,adding up to 11 sound sources and multiple possibilities of spatialization. 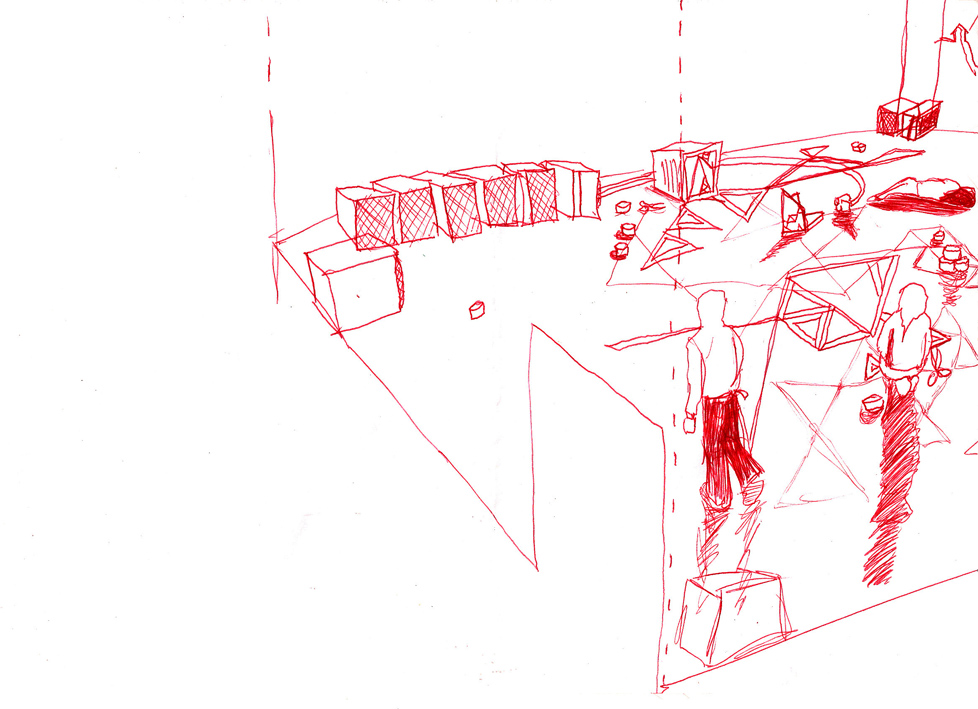