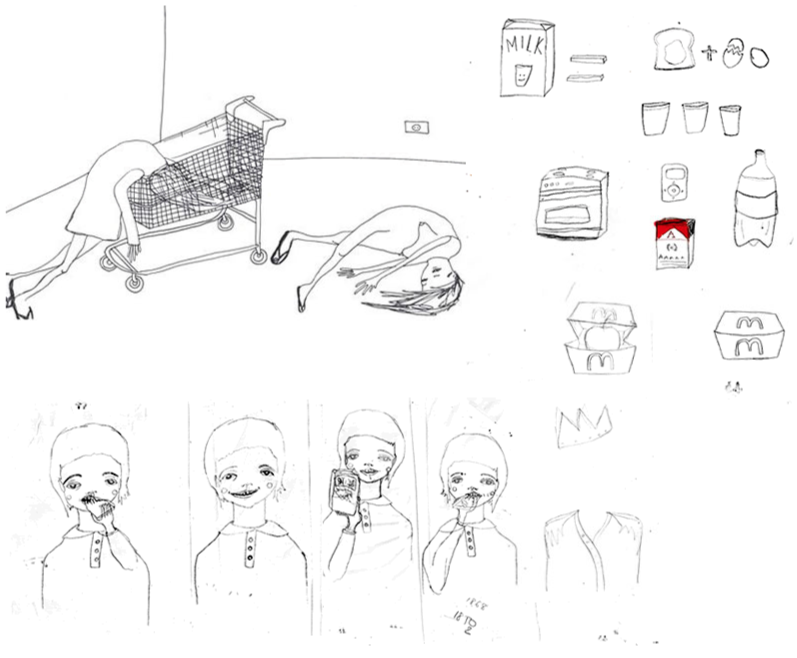 A puppet and its puppeteer discuss the interference of media and consumption in human relationships. The script was created as a documentary film based on internet researches. All the dialogues and sound effects were sampled from websites and online radios, simultaneously to the process of animating the hand drawings.