“Reconstruction is also the starting point for Giorgio Ronna. His ‘Workshop Footage Redone’, however,shifts the operation from the central place that is the film to the moment that precedes it in the form of rehearsals. The starting point of the piece is workshop footage, black-and- white material, without sound,unedited, which records the preparations for the film ‘Shadows’, by John Cassavetes – who used such an intense rehearsal technique, directing his actors based on exhaustive repetition and non-stop improvisation,which in turn created a whole new genre category.

In this and other works, the filmmaker shuffled the natural flow of things and hierarchies between preparation time (camera off, no audience, continuous flow) and its actual realization (reality being filmed, the presence of the viewer, editing sequences). Giorgio repeats it with Brazilian actors, trying to be as faithful as possible to the original four minutes done by the American filmmaker.

Both ‘Workshop Footage Redone’ by Giorgio and ‘Shadows’ of Cassavetes pose very compelling questions: how to repeat something that was improvised? Could it be repeated in the same way? What is a rehearsal, but a platform for endless reenactments in the form of attempts? “ 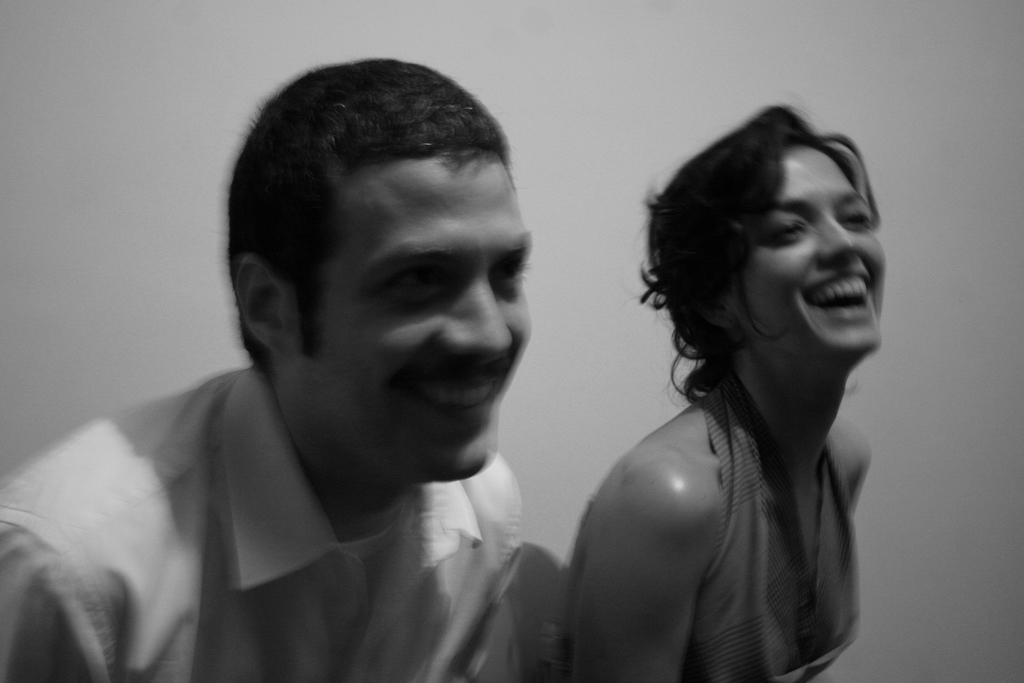