The desire to share pieces of work without a comercial relation linked to it has resulted in brokenpage.com, a website that generates the series of drawings BROKEN PAGE. Without any clear rules and a minimalist interface, the interaction happens like in a point n’click game. At every click, corrupted images will open to the sounds of a glitch, turning the act of drawing into an audiovisual experience. Created in a moment where freedom and Brazilian rights have been put at risk, the series resemble censored pages in countries such as China.

There is another objective of the work regarding iconography, and as how in the last decades, we have represented the absence of an image with a symbol, or another image. The choice of broken icons is random and changes everytime the page is loaded. Another way to customize is through the final drawing, which is defined according to the window of the browser. The idea lies in occupying a diversity of empty spaces on the walls and ambiences of people so that the drawings of the series can be revealed.

Since the website saves the image with transparency, they can also overlap and be recreated. There are so many variants that, even if played to the extreme, the site still has the ability to create unique images.

You might say that the whole series of drawings already exists within programming, but will only actually be discovered little by little, with different results between people’s interactions. The final choice is also up to others: which images should be saved and printed? 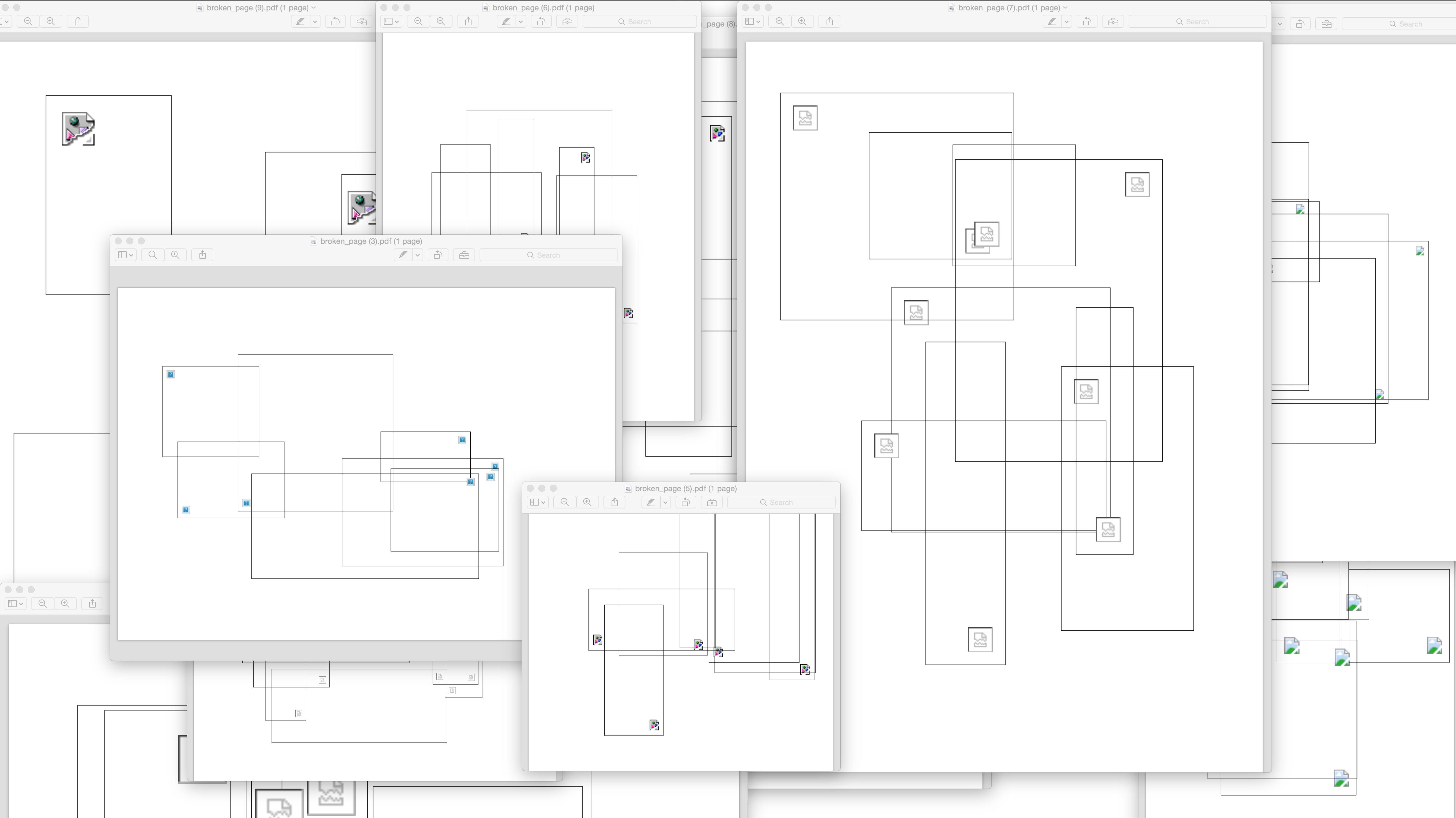 [ The drawing maybe saved in printing format (PDF) at any given time by clicking on the disk icon. Laser printing on tracing paper 180gm2 is recommended.]

a work by Paulo Mendel