Two different projections overlapping form the video installation by Giorgio Ronna. The video installation was recorded on a karaoke place in the district of Bom Retiro [São Paulo, Brazil], well-known for its concentration of korean immigrants. The work depicts some aspects of this rather discriminated culture, with pop music references. 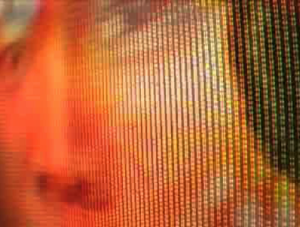