Mariana Manhães’ work is an intersection of artistical and technological experimentation that takes form in different types of media. Her formal interest in movement, form, materials, behaviour, language and imagination is coupled with an intuitive way of inventing intricate systems that can lead to the production of drawings, technical sketches, manipulated photographs and organic machines with traces of human/animal behaviour.

The artist’s process consists on the appropriation of her everyday visual life images, life antique teapots, her own studio doors, clouds in the sky or anything she intuitively associates with conceivable language patterns. If the project leads to the construction of a machine, she captures imagines with a video camera, making them move by pulling strings while recording. During the editing process, she transforms movements into gestures and give her voice to the objects which therefore talk in an invented dialect.

The videos are connected to devices controlled by the animation’s sounds and/or movements. Electronic circuits attached to the videos perceive such stimuli and make the body of the work react to them. Some machines can also behave associated to others, symbiotically, connected by cables, exchanging commands with one another.

As works are not interactive, the viewer is disturbed by their autistic behaviour and can initially feel like an intruder in a world where things happen even if he is not watching. By psychologically entering the piece, he tries to decipher its irregular movements, in an attempt to make sense of its complexity and precariousness. 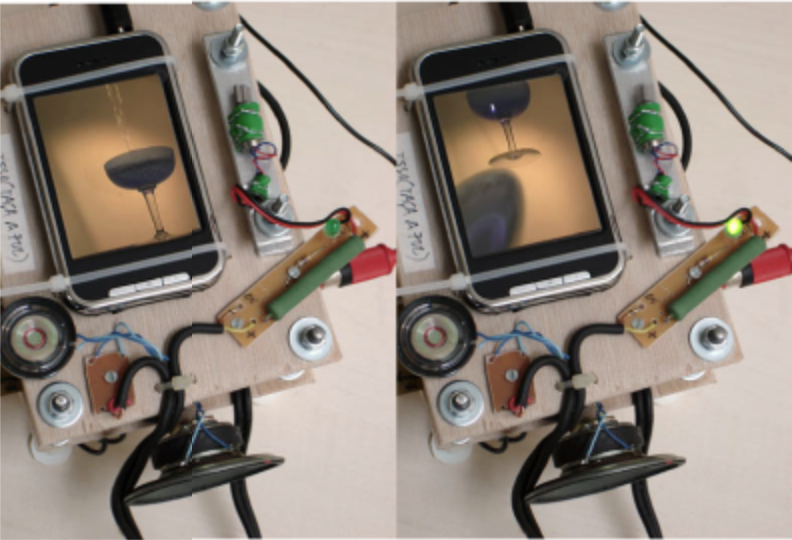